A little fun fact about me is that I work in television as a producer. I spent many years working for Corus Entertainment and one of the last shows I produced there was a special with Taylor Swift for the release of her 1989 Album. It was kind of a big deal for me!

Why is this relevant, you ask? Well…not only did she make history yesterday by being the first woman to win Album of the Year for the second time at the Grammy’s, but!!! THIS fabric was part of the set for the show I produced with her! My amazing set designer, Dave Temesy, used a lot of this fabric as part of the backdrop and when the shoot was over, he gave some of it to me to make use of! You can see it hanging at the back in this GIF from the show here:

I’ve had the fabric lying around for a while (since Sept 2014 to be exact!) because I had no idea what to make with it. Plus, it had some sentimental value so I didn’t want to waste it either. But when By Hand London reached out to do a pattern test for their Sarah Shirt, I knew right away I was going to finally put this fabric to use.

So that’s the story on this shirt. Kinda neat right? Feels like I’m part of Tay Tay’s girl squad with this blouse! So needless to say, this top is pretty damn special to me.

Kay, let’s talk about the construction. It was pretty easy to make and the instructions were pretty easy to follow, but I did make some modifications. First, the pattern calls for shoulder gathers but I had to take in the shoulder on the bodice which caused me to lose the gathers. And second, I left the collar out. I tried both variations, with and without the interfacing but ultimately, I felt that going collarless on this particular blouse would suit my personal style more. And to be honest, I love, love, LOVE it the way it is. Oh, and the buttons? Yasss girl! Totally makes the badgyal meter skyrocket.  It’s definitely my fav detail of the shirt.

As far as styling goes, I’m not a “corporate/Bay street” style type of girl…I’m not really too into the “business casual” either look because I work in TV, after all! So when it comes to wearing a blouse, I can be a little hesitant because the word ‘boring’ comes to mind (no offense!! yikesss!) and I won’t wear a blouse unless I’m able to shake it up a bit and give it some edge. I think the gold buttons helped to give it a chic & timeless look which is important for any piece of clothing, but the choker, watch, slick pony and faux leather leggings? Well, now we’re talking! 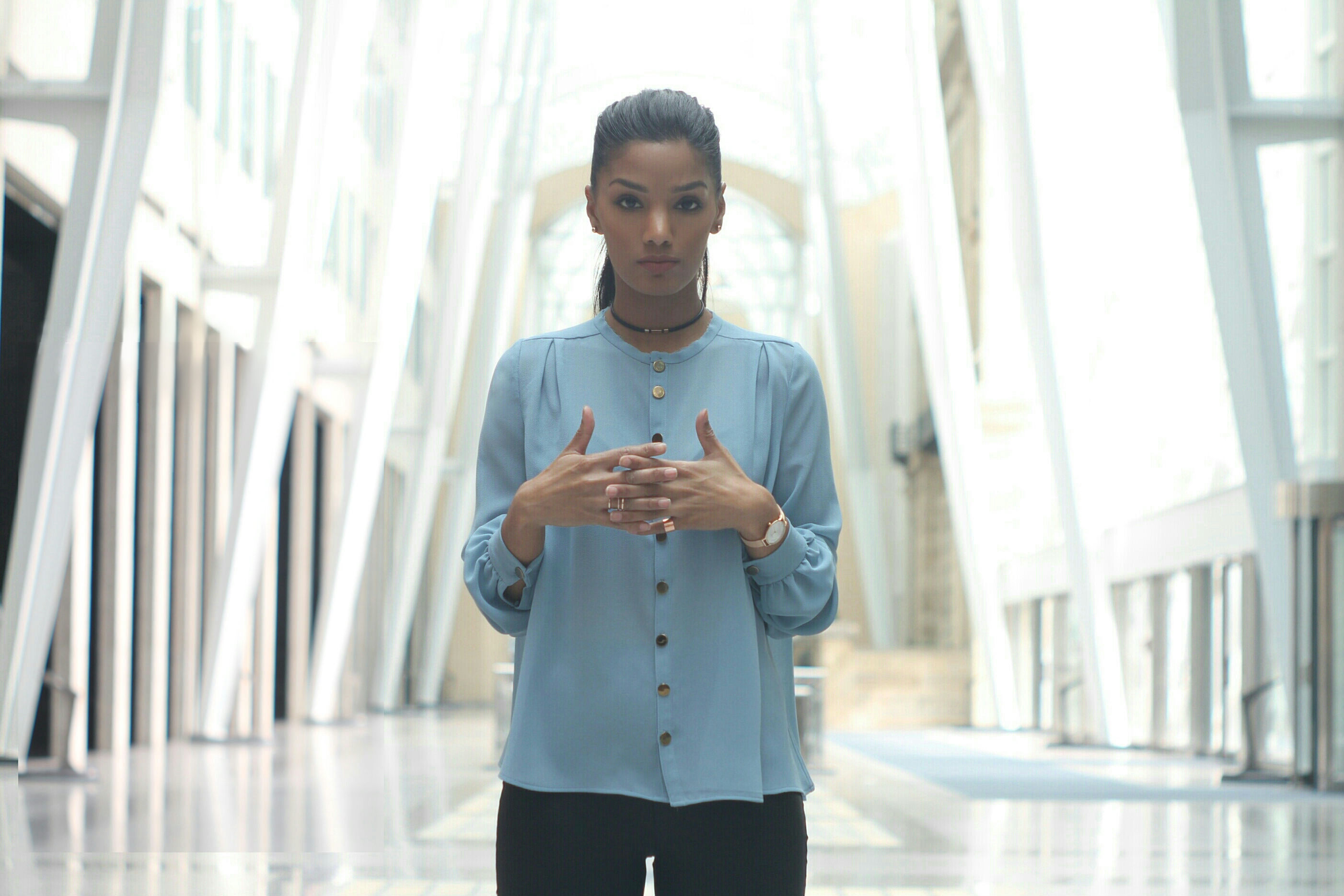 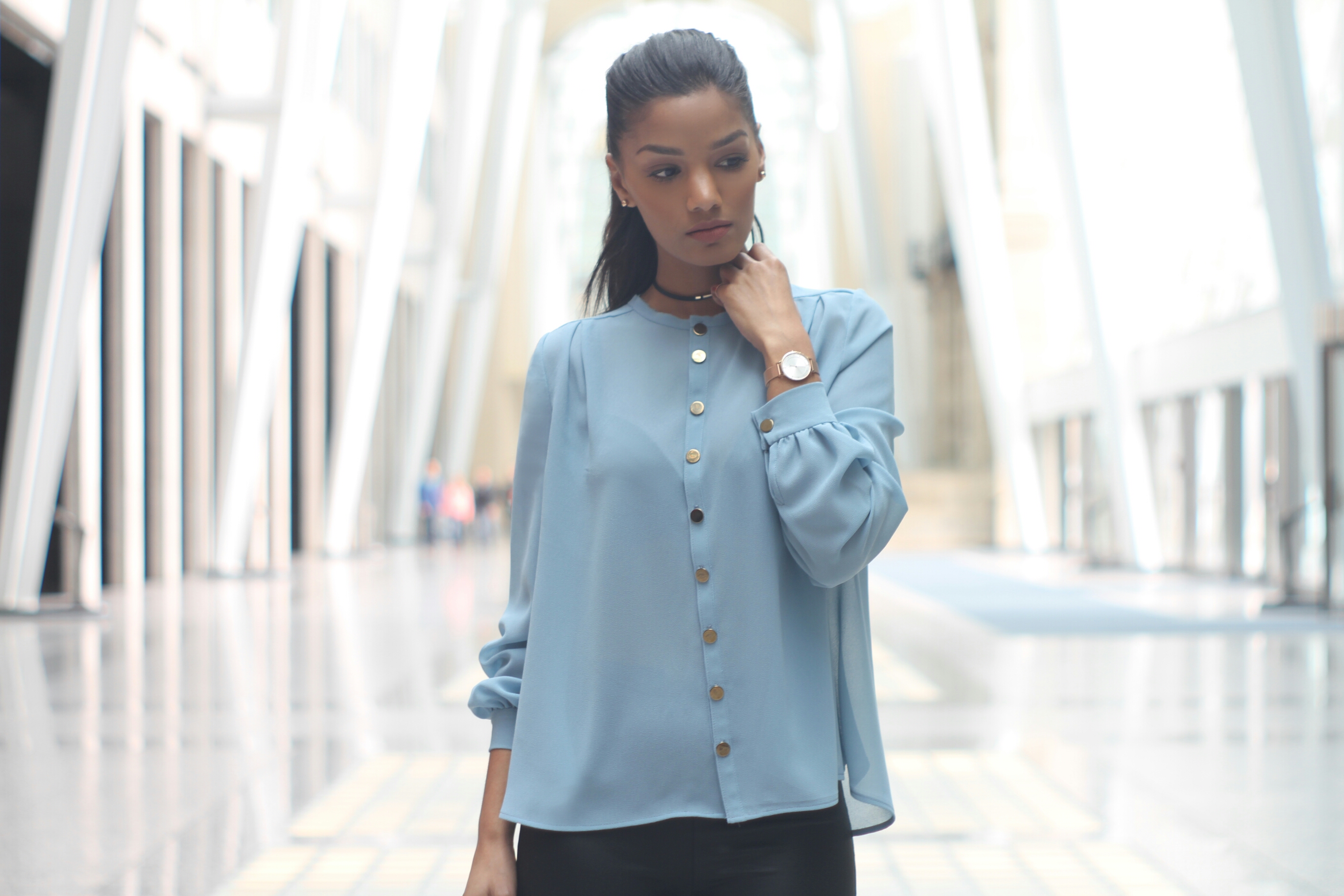 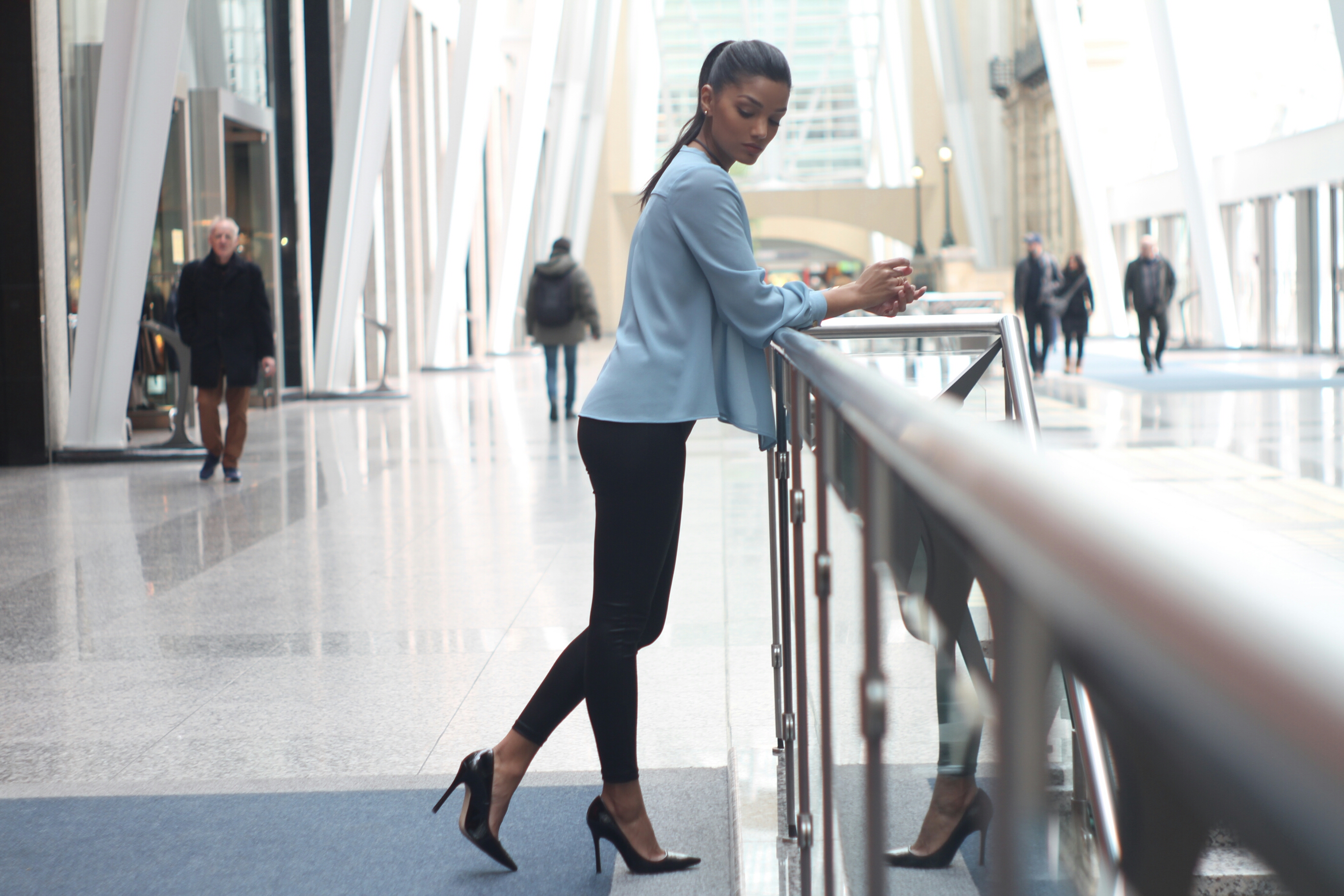 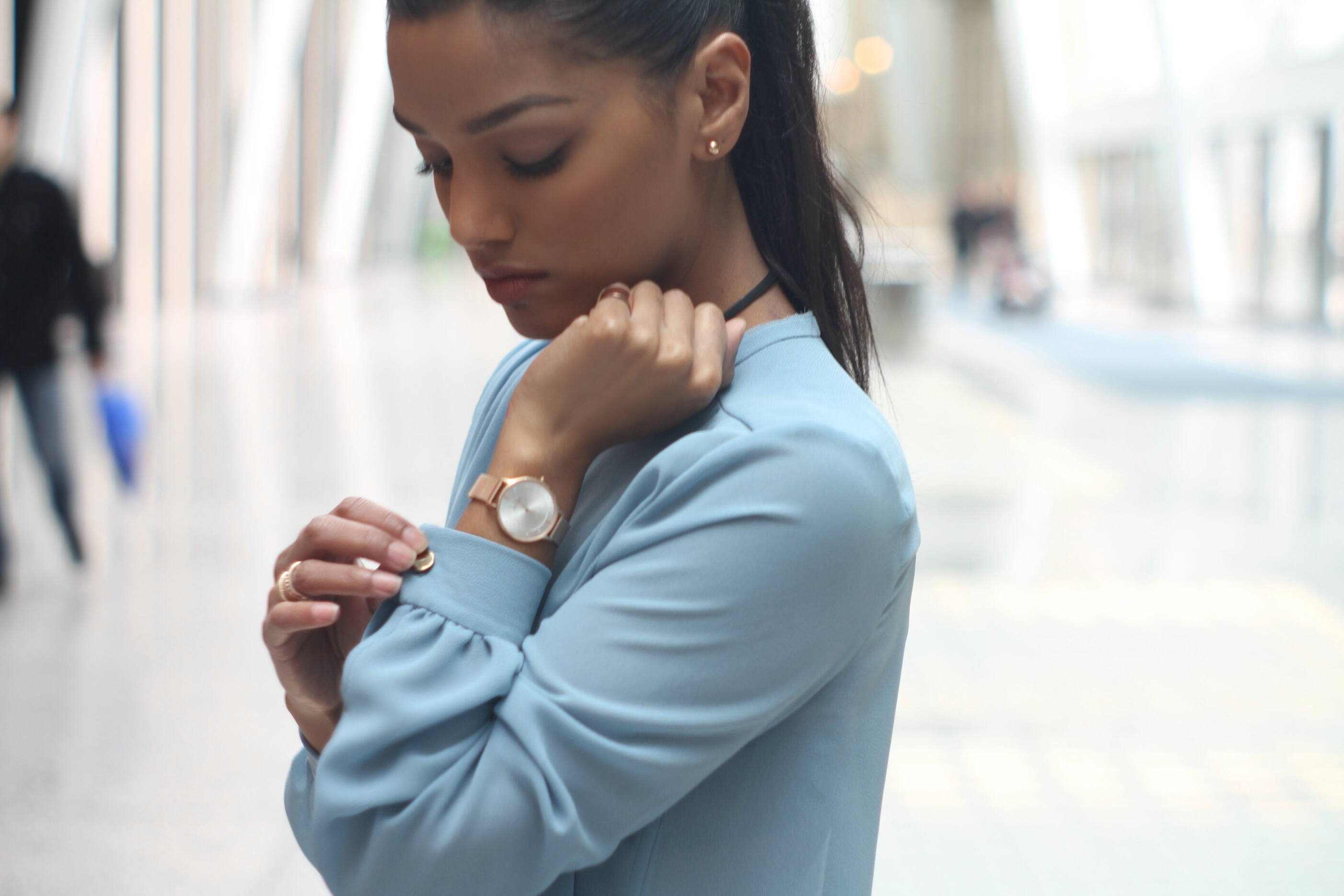 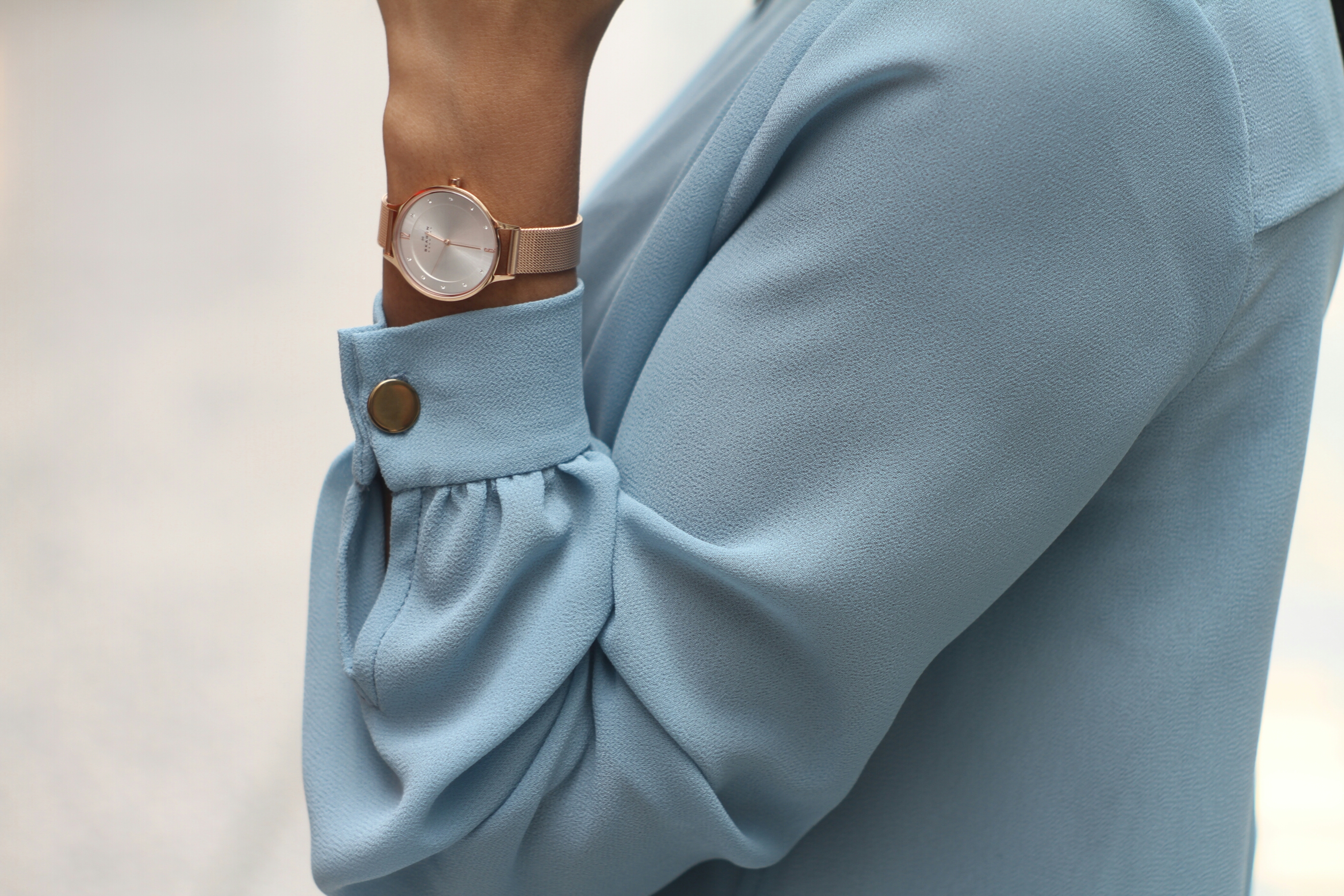 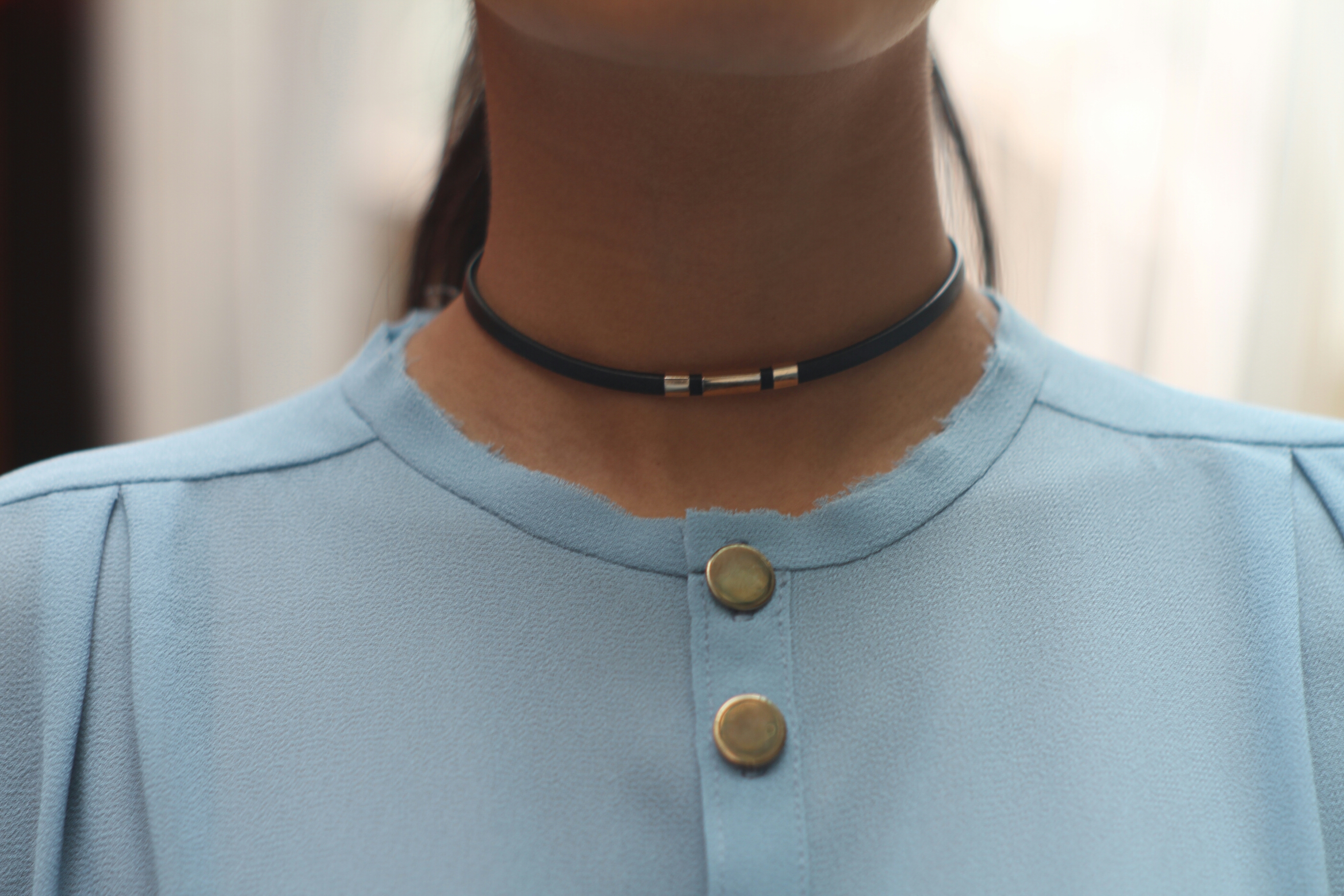 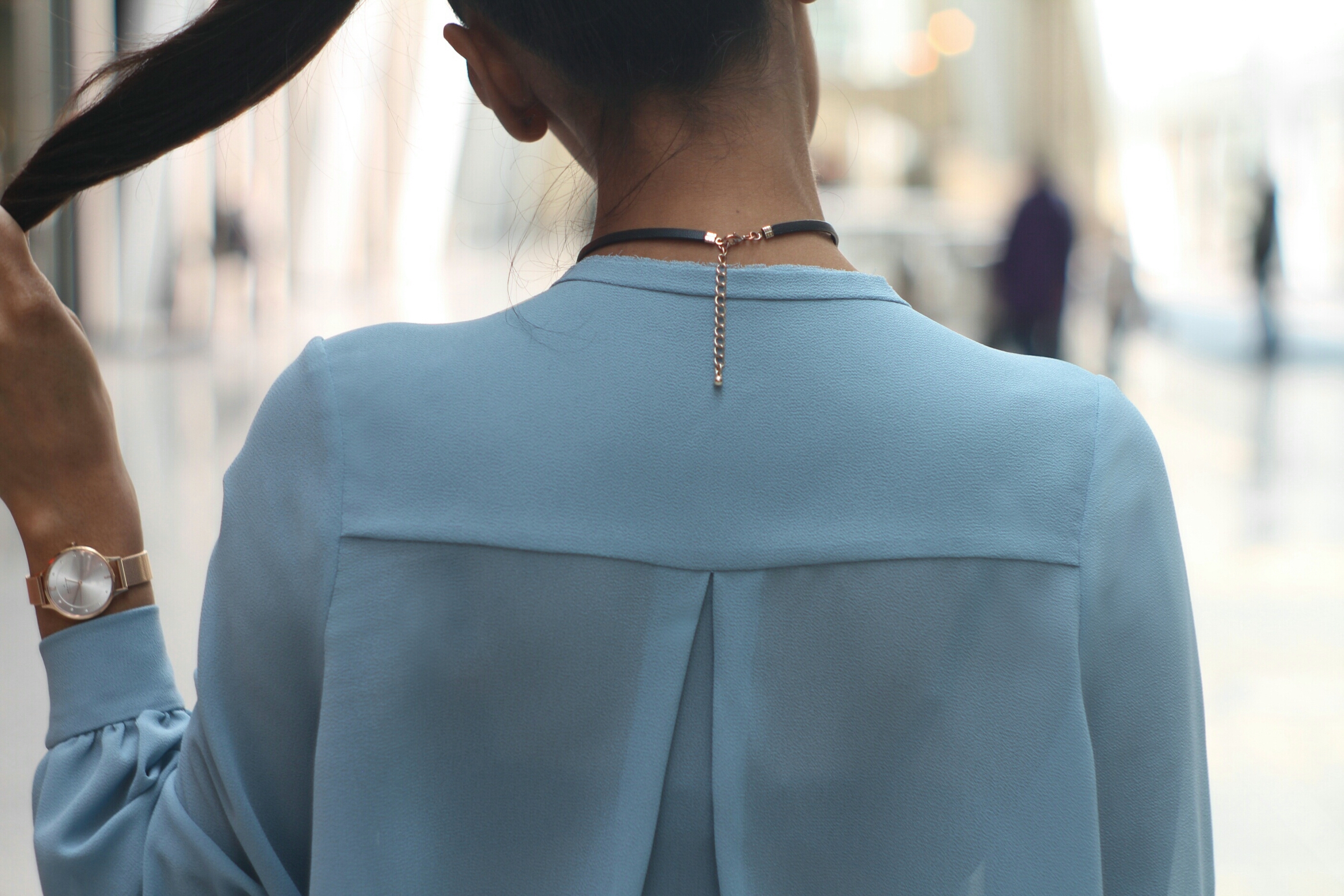 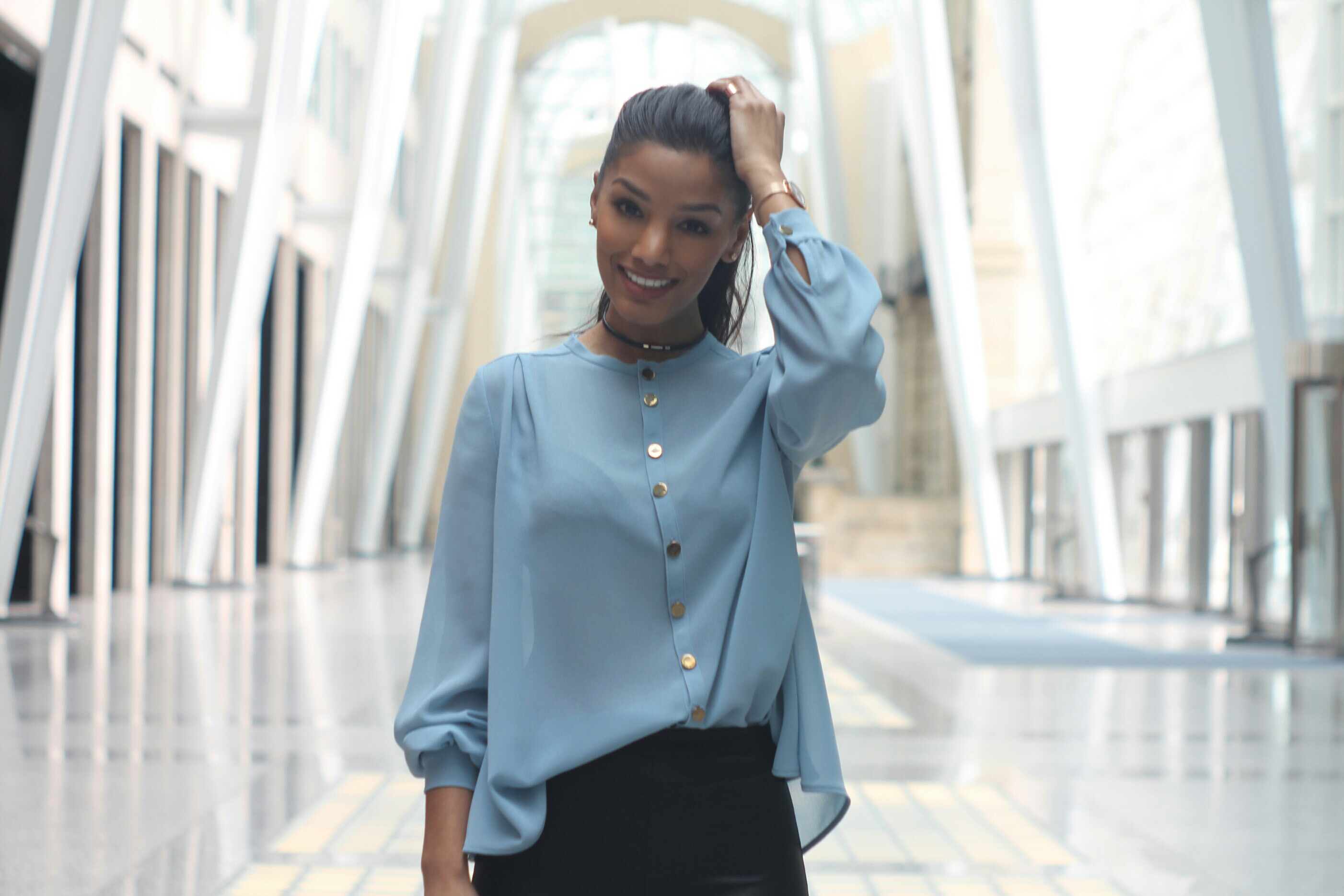 From Taylor Swift to By Hand London 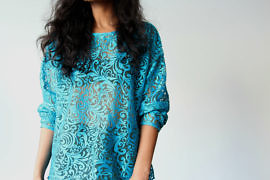 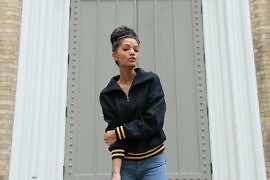 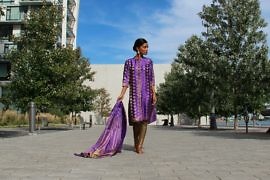